How To Build A Copy And Paste Six Figure Network Marketing Product-Based Business Every Single Month Without Having To Knock On Doors, Called A Time Waster And Having No One Interested In Joining Your Business

From The Guy Who Has Sold And Distributed Over $1.5 Million Worth Of Product, Qualified For Every Incentives, Car Plan, Millionaires Club, Free Travel Trips Including Taking Part In The Profit Share Of A Company’s Global Revenue.

If you are a distributor in the networking marketing industry or looking to join one, then you need to read this special letter 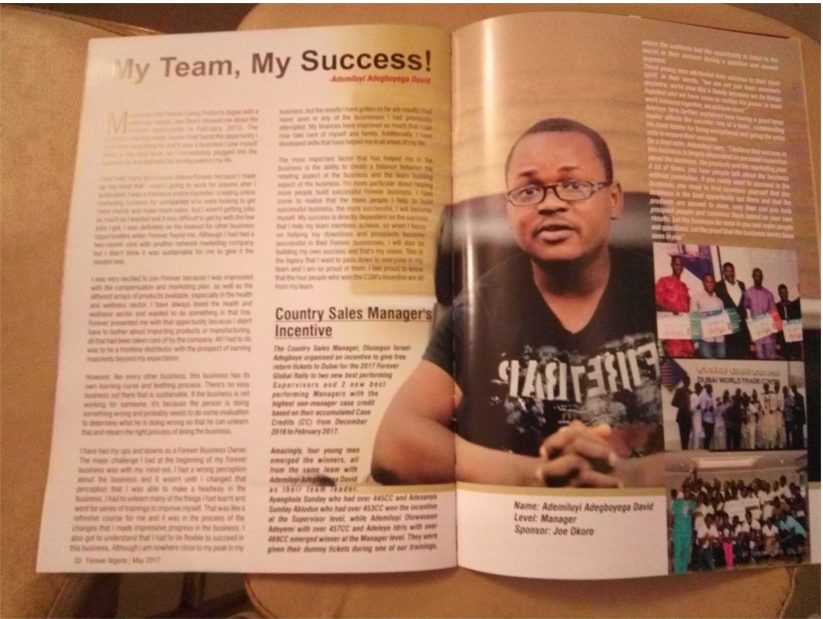 Because 27 Days From Now, Not only will you have a Six Figure Monthly Business, You will also be getting 5-10 Potential Organic Leads Daily Looking To Join Your Business GUARANTEED.

How possible is this?

Well, I never thought it was possible till I achieved this personally and as a result raised tens of millionaires in the network marketing industry between 2015 to 2018.

This all started when I wanted to start a new business, I just ended a business relationship that made me move back to my parent house with no single money to my name.

I wanted to start a new business and at that point, I didn't have a clear direction on which business I could start. 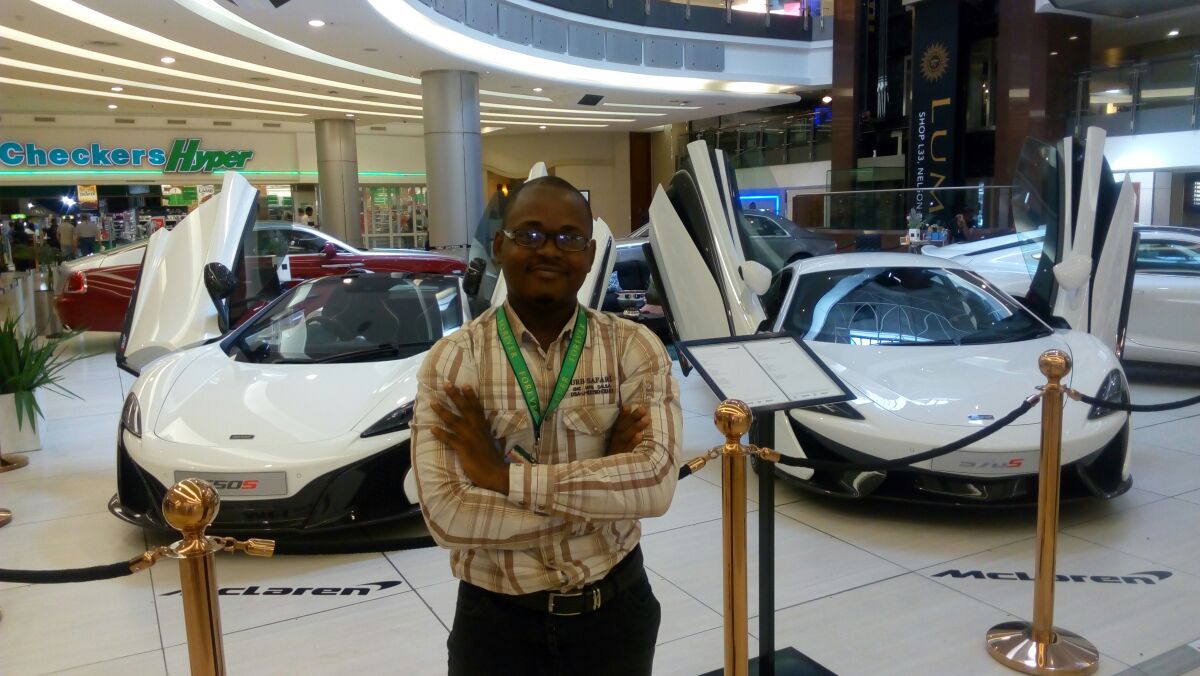 Being a graduate, My parents wanted me to go get a job which i never wanted but the only job offer I got was a N25,000 per month offer which I rejected and stuck to my entrepreneur path.

Along the line, I reached out to a mentor of mine late 2014, told him I needed a business to start and build.

And right there and then, I joined.

I was excited about what I would be making and followed every playbook there was in the network marketing industry. 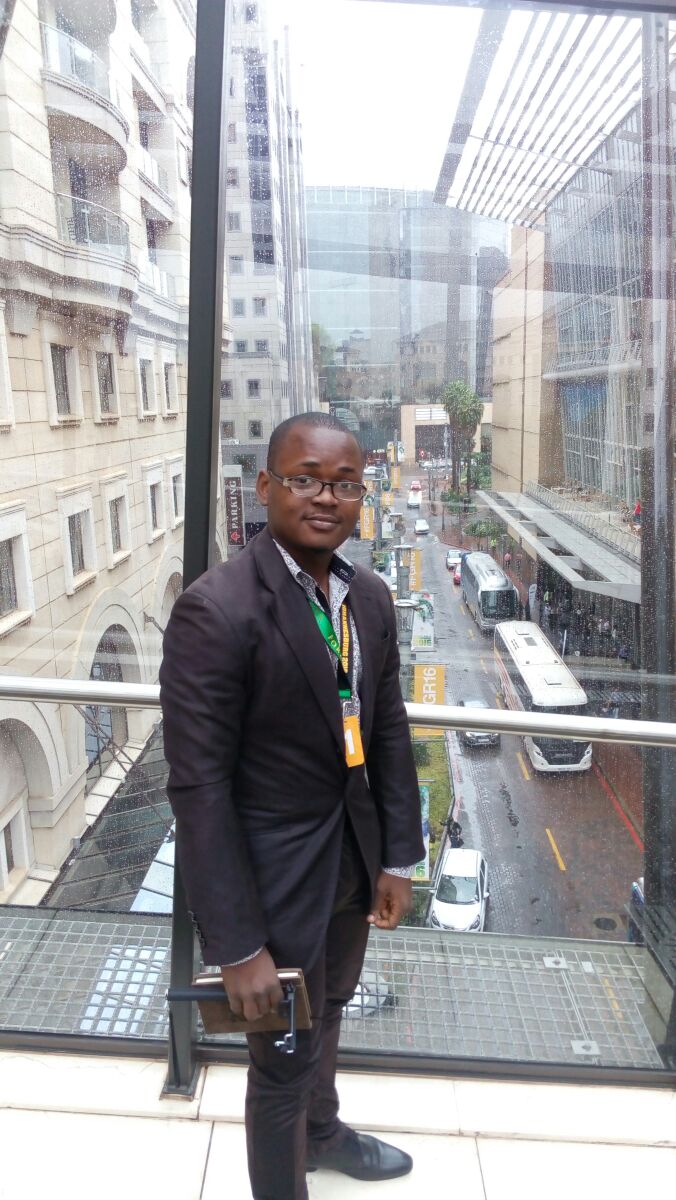 I attended trainings done by the company.

I bought and stocked up products at home which I actually borrowed from my brother to start.

I shared flyers and newsletters in stores and banks to share my opportunity.

I also reached out to people within the area and inside the bus to build my network.

I did all this ACTIVELY for 3 Months

I didn’t make a single sale

No one joined my company and the little friends i had started to avoid me and I was left with products right at home no one wanted to buy and use.

Even the lady i was trying to toast never picked up my calls again because i wanted her to also join the business.

I quit the company afterwards and later had to dispose the product that was stucked with me.

I made this observation known to my mentor and he said was he would let me know when another opportunity came up that suits more of what I would want to work with.

About a Month after, He sent me a message sharing a presentation with me and told me this. If there is anyone that can make this successful, it would be you based on what you already discussed with me

When I saw the presentation, I immediately signed up in the business with also presented an opportunity at that time to get started without putting in any money since i didnt have any money at that time.

Now prior before fully starting.

I told myself, I never want to have to talk to people and convince them to join my business.

I wanted to have my own way of getting customers that wasn't dependent on the commissions alone.

Lastly, I want to do this business right from home without having to leave my bedroom, though at that time, I was living with my parent at the outskirt of lagos and having to transport myself to the company was already an issue in terms of transportation cost.

This decision helped changed the way I viewed my business. 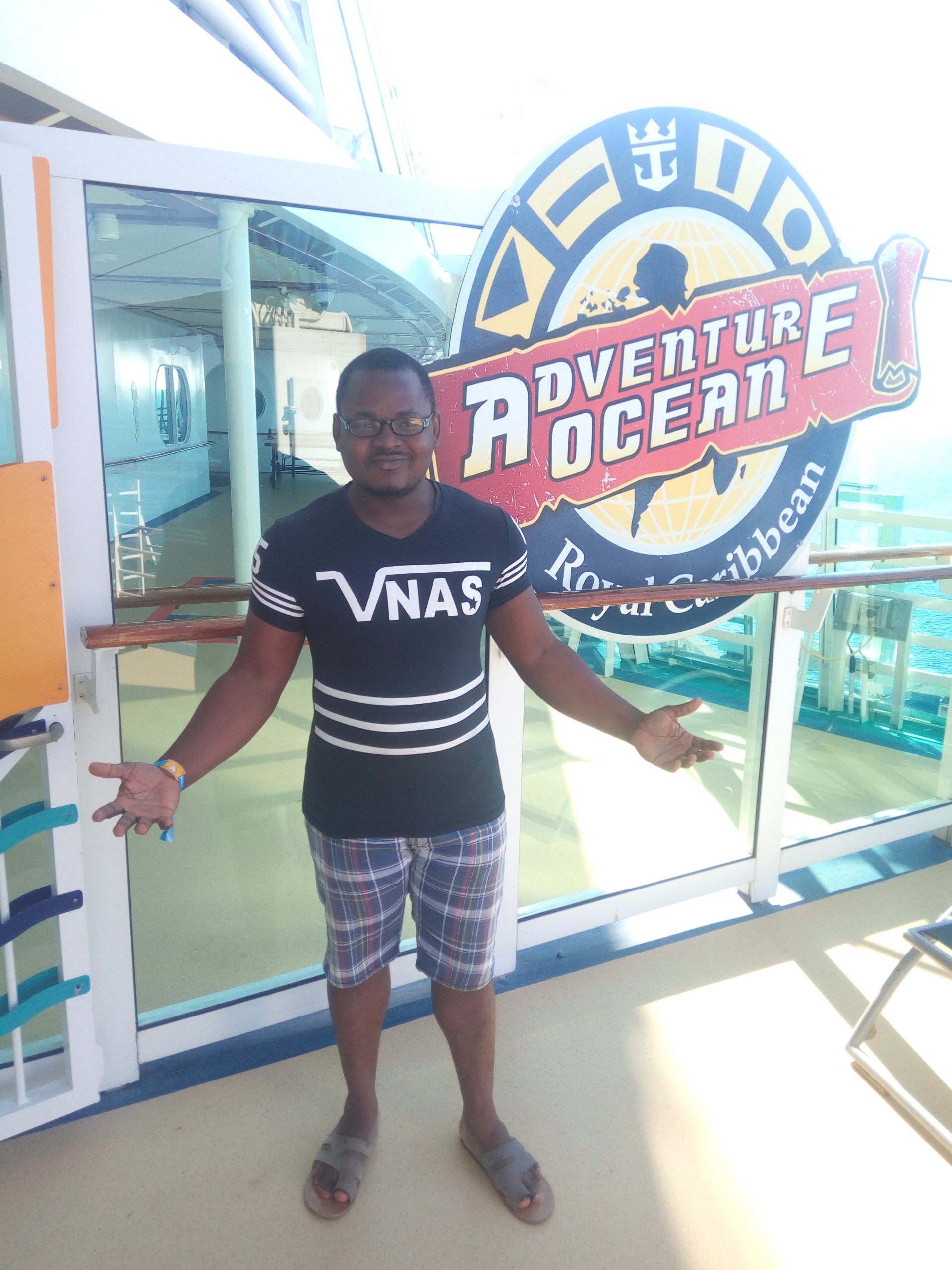 My first year in the network marketing industry was not a sweet jolly ride.

But one thing was almost constant.

I was already doing six figures in monthly sales of the company’s product.

I had already sold lots of product in six figures for the company for about 3 months before i got to visit the company and see the live product i was selling.

That alone raised me up to start getting known and thus where i later earned the title 'The Prof' within the team i was with which by then i became an active member and started organizing trainings. My second year in network marketing was moved further ahead when i built my own duplication system to help other people.

Prior before that, i had invested in several marketing training centered around digital marketing which further helped my growth within the company.

I took these trainings I got from several other mentors including  Joe Okoro, Romiluyi Abiodun, Ronald Nzimora and Toyin Omotoso and used them primarily for my business and the team i was working with.

Having to have a deeper understanding on how selling online works plus also learning more about the whole network marketing industry to make it for me.

This paved way for me to earn my first Seven Figures in Commission While also growing my Retail to also doing Seven Figures.

In total, I was already averaging between N2 - N3 Million in total Per Month from the company from both the retailing of product and the Commissions been paid to me by the company. 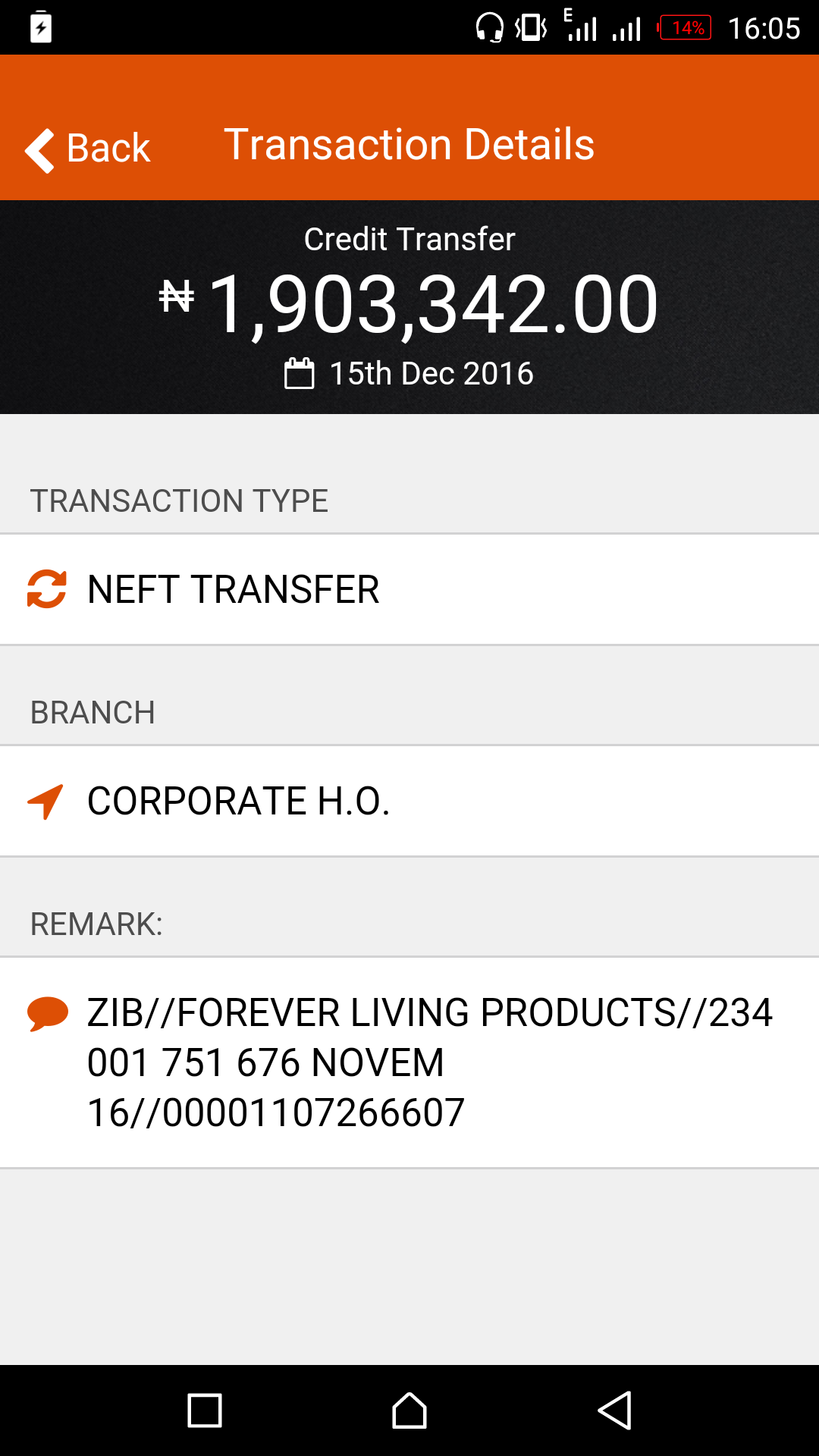 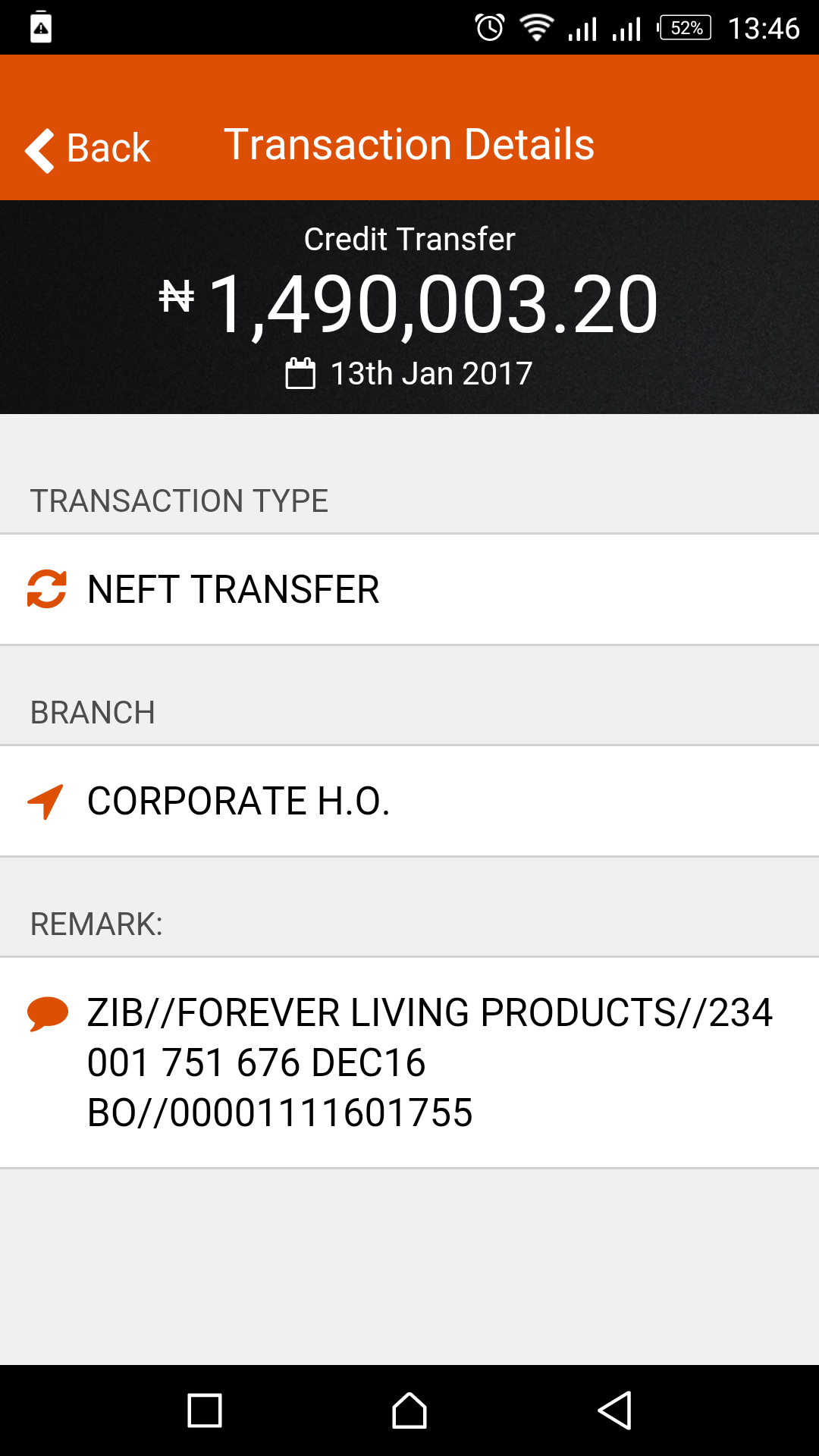 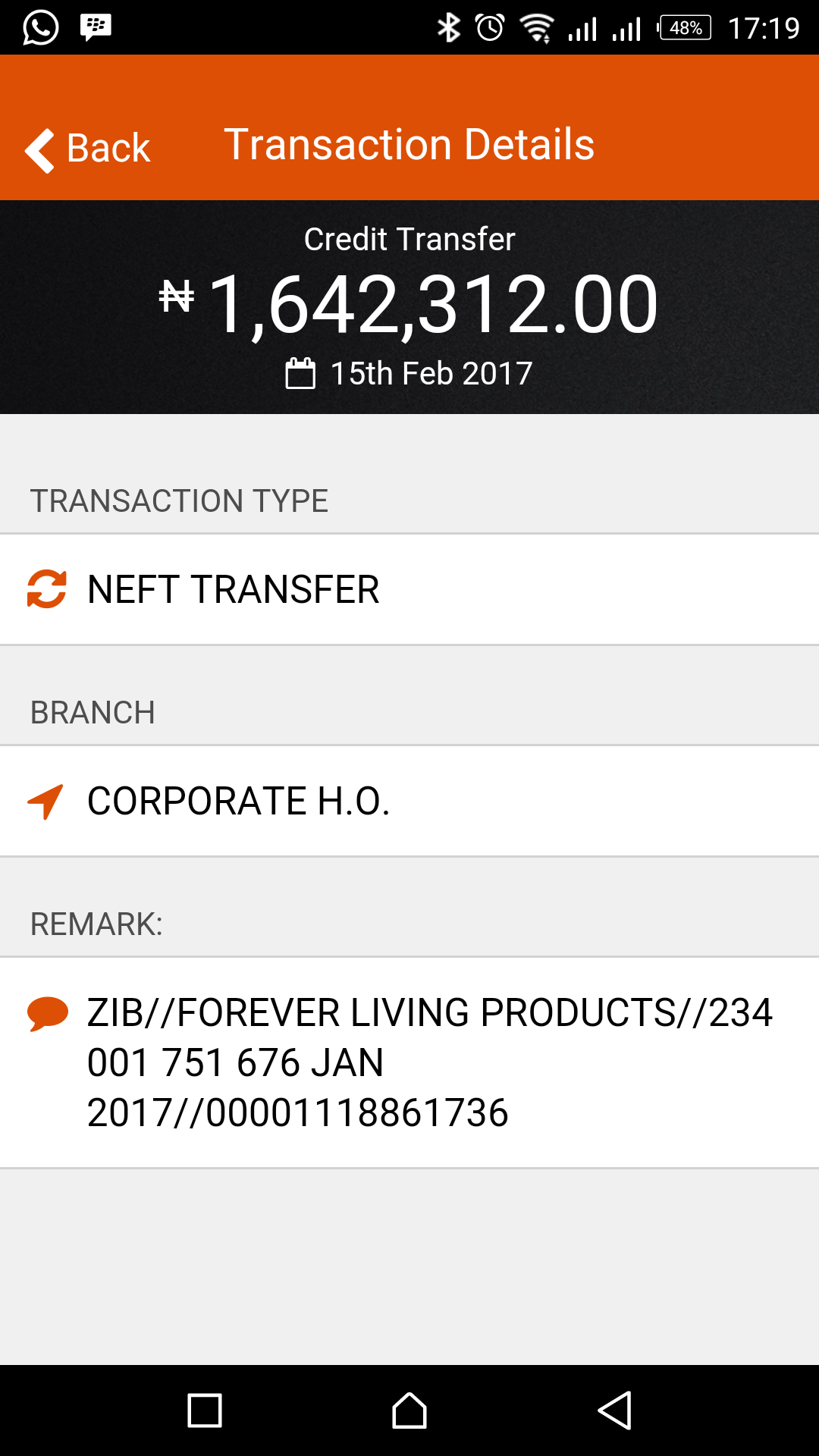 I started to qualify for trips and have since been to 8 difference countries which included south Africa, Dubai [Twice], USA, Europe Tour Across, United Kingdom, Spain, Italy And France 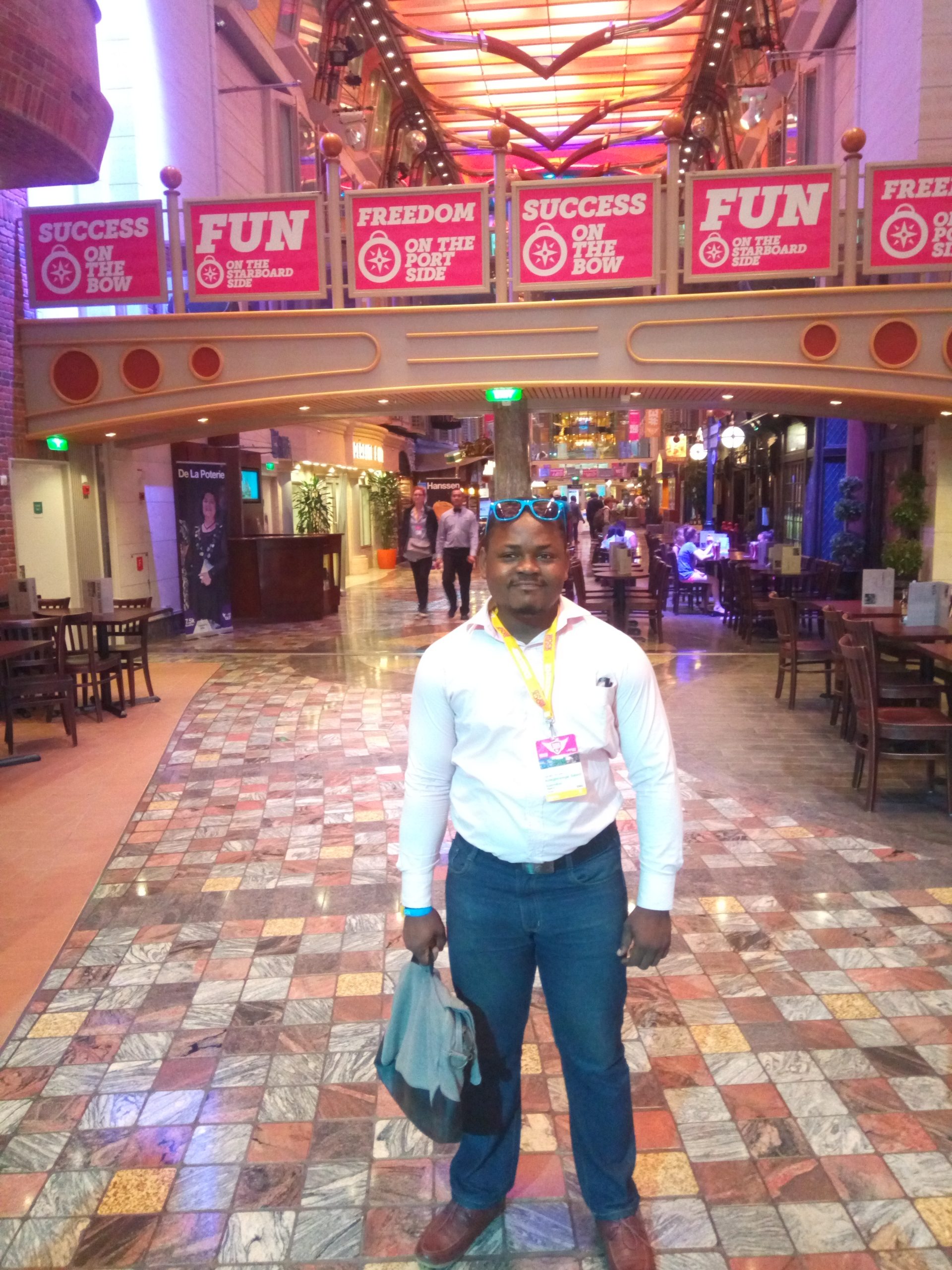 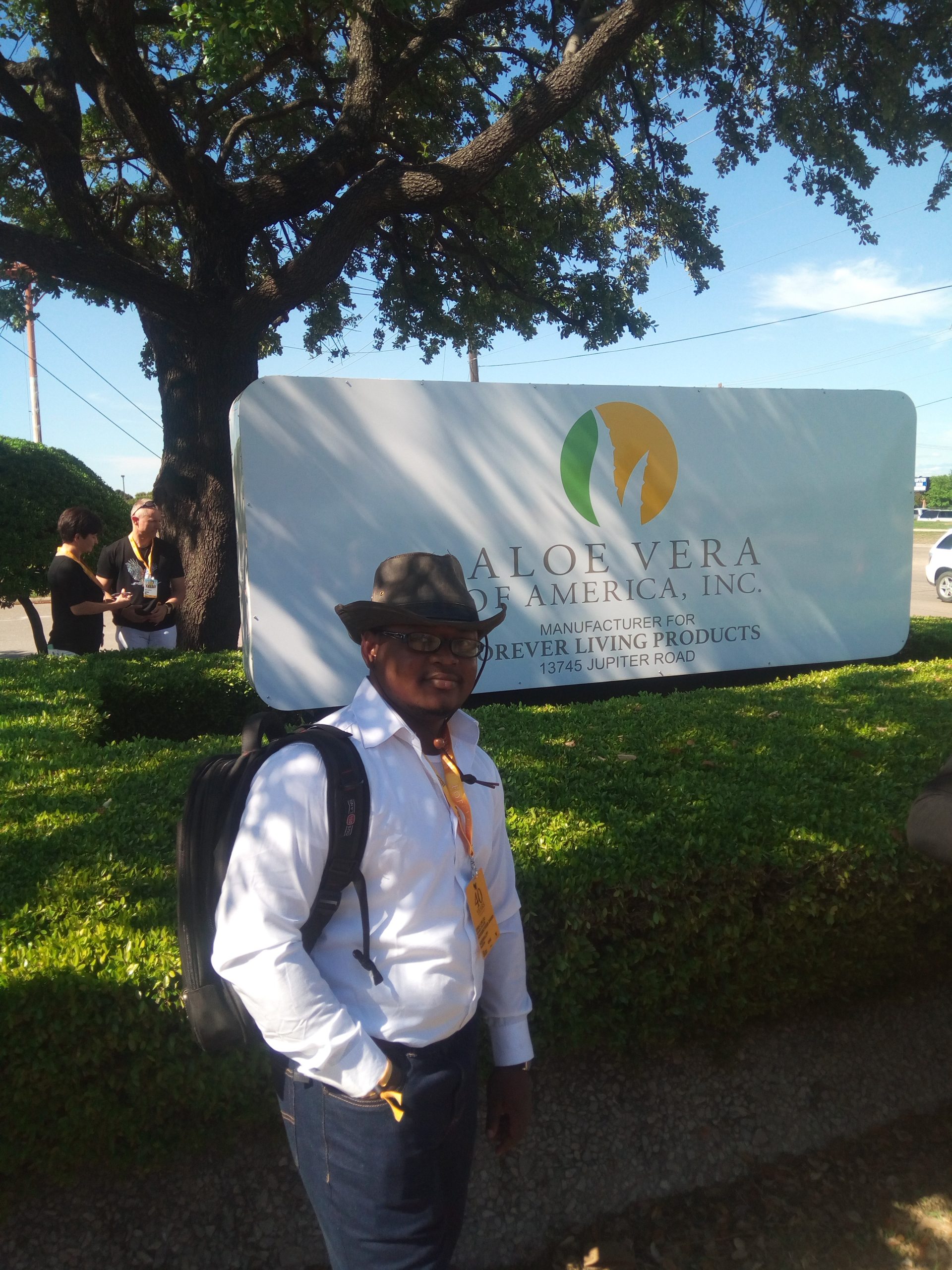 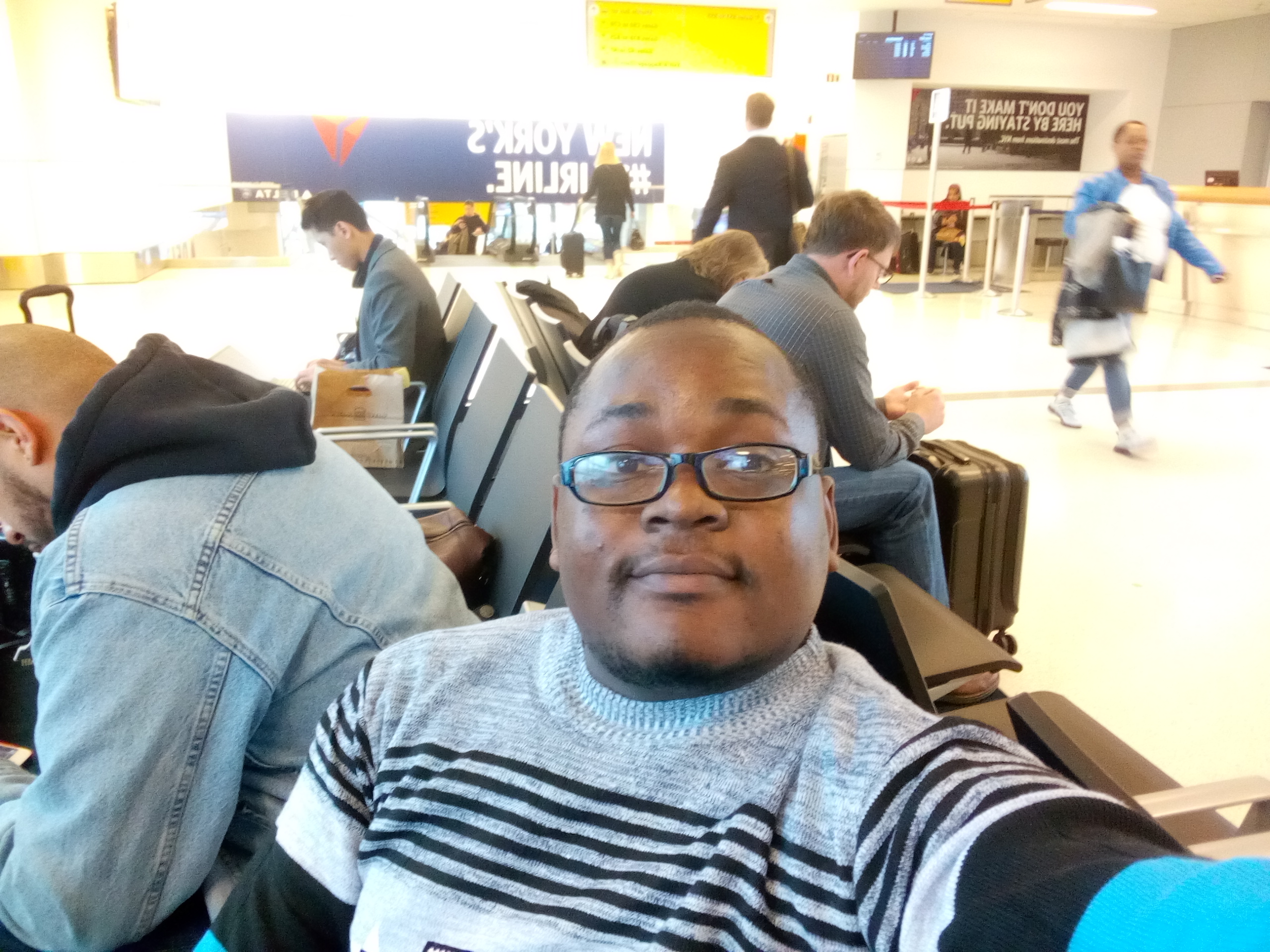 I became one of the top distributors in the Entire Nigeria for the country competing with people who has spent decades in that same business. I also Got Featured in the company magazine and was also interviewed by one of the top network marketing blogs in the world. Even My Mentor and Upline In the business wrote an email about me to his list of subscribers. Now this result is not just about me actually.

It’s more about the people I had raised as a result.

As a result of the system I teach my team members,

We were having new members hit both Six to Seven Figures Within Weeks. 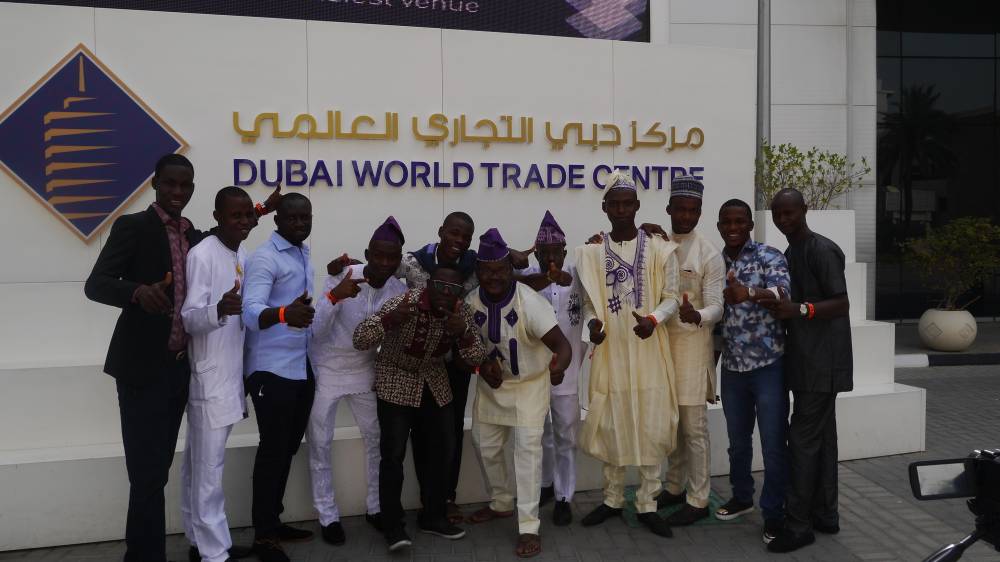 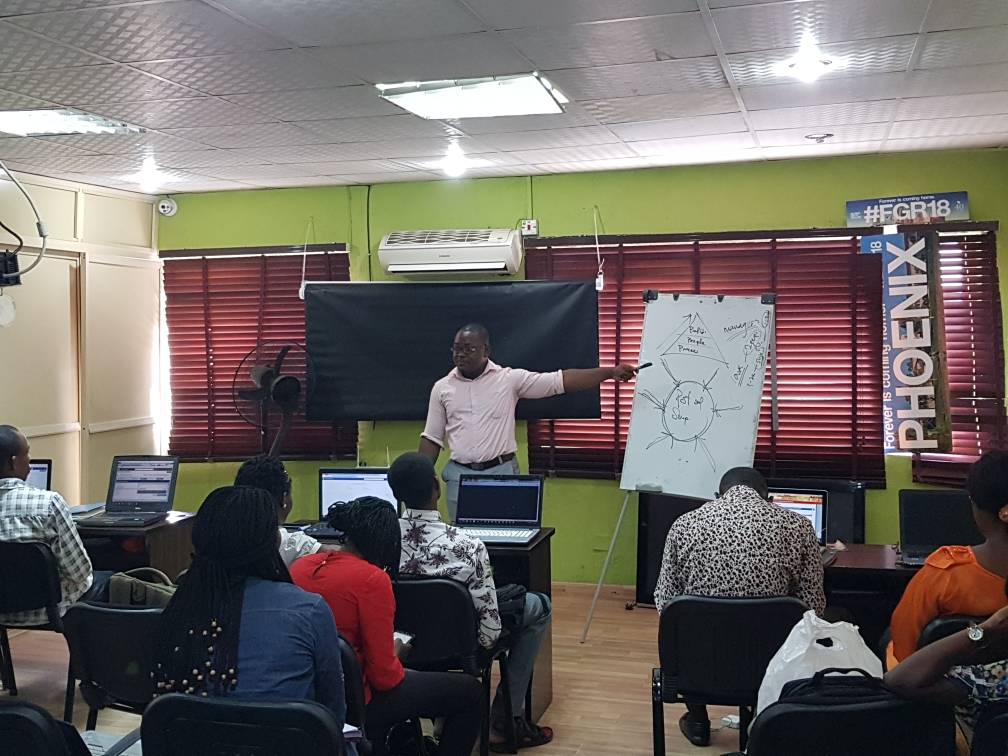 This system was so easy to do that even when my business first crashed in 2018 and i lost huge chunk of my team members,

It took me less than 3 Months to build back up again with an additional set of over 10 new millionaires and it was much like nothing actually happened. 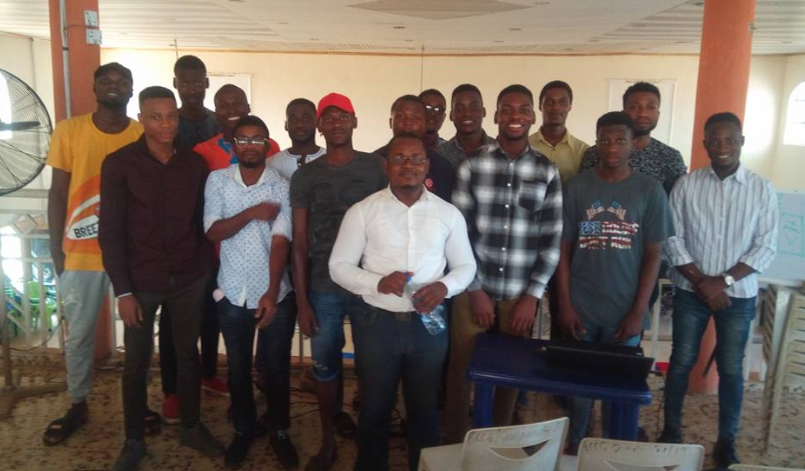 Right inside this program, I reveal the key component of how you can also build a duplicable system leveraging on the internet the same way i had done with mine.

This system is what is responsible in having Lots of my own team members who also became top distributors in Nigeria for the company I was with at that time.

And many who has gone through my mentorships and training as a result of been a team member now have great businesses running for them independently.

That’s because am the guy who created the system that works.

I want to hand over that system to you.

PUBLIC NOTICE: Well, i never wanted to have this out since i am no longer active within the network marketing industry for now and now running my own business full time from home.

I should simply turn this into a program any network marketer irrespective of the company you are with can use to build a successful network marketing company for themselves and team.

So here we are.

Program will give you just that.

Inside these Program, You will learn

All of this is explained inside these 5 Module training that spans over 3 hours of quality content and training that will help you skyrocket your business within the next 27 days.

I would also be including special resources to help you understand some of the things I would be explaining right inside this special program so you can implement right away.

Some of these resources include. Do you think this program will help you become a network marketing rockstar?

Well. If you know anyone that has helped moved over $1.5 million worth of products in less than 3 years in Nigeria, earned multiple 7 figure monthly, qualified for various incentives as a result and have happened to learn under such person.

Then clearly you don't need this program. But if you know you are still struggling in building your network marketing business and need that guide that helps you to position right like i have done over and over again in helping several team members from different background build a successful business.

Then you need to get access right now into this program.

When i was putting this program together.

Giving access to this program for N60,000 and above is a fair price to get access to this exclusive trainings i have used for both myself and the teams i had built.

But instead of doing that which i would still do probably in about 3 months from now depending on when you are reading page.

You can get this ACCESS to this program at just N20,000

you get to have the advantage of having a program that helps you build a more successful business with network marketing.

And not just you.

You can complete these training and start using it to teach your own team member in helping them to also build a successful business with the company.

Helping you to earn even more commissions with your company.

Note that Every 3 Months i would review the program and the price.

Which means that by the time you decide to join this program,

Price might have been moved to N60,000 Giving what you will learn in this.

So all you have to do right now is making the decision to get instant access to this program which you can use as your network marketing bible to skyrocket your way to building a six figure business.

IF YOU FEEL IN ANYWAY, THIS PROGRAM WILL NOT HELP YOU BECOME A MUCH BETTER NETWORK MARKETER IN YOUR COMPANY, YOU HAVE 27 DAYS TO TO GO THROUGH THIS PROGRAM To decide and issue a refund.

Here are what others have to say about me

Mr Gboyega Ademiluyi a seasoned Internet Marketer; a copywriter and a Network Marketing professional who has gone through the ups and downs of this industry.

So, be rest assured he know, understood, feel your pain and struggles because he's been there before.

Over the years, his wealth of experience has been responsible for helping hundreds of Nigerian youth get a better and transformed life.

When it comes to anything Network Marketing, whether is in sales of the companies product or in recruiting business partners...

I will always consult Mr Adegboyega He is one of the experts who consistently recruits and sell products easily without stress for his company.

CLAIM YOUR COPY AND THE SPECIAL BONUS ATTACHED TO THIS PROGRAM TODAY AT JUST N20,000

Ademiluyi Adegboyega loves to teach. Through his trainings and mentorship, he has produced lots of successful entrepreneurs mostly in the network marketing industry many of whom have gone ahead to build successful brands for themselves

The MLM Six Figure Accelerator Program is created to help more network marketing professional to have a better understanding on how they can get result fast with any product based company they are with.

My result and success alone is proof that this process works and you can also learn it starting right now. Get your copy Today You are fully protected by our 100% Satisfaction-Guarantee. If this program does help improve your network marketing business within the next 27 days, You have a risk free guarantee to get a refund back to you.